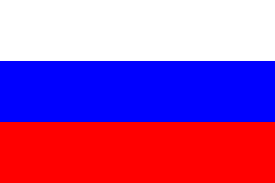 პუბლიკაციები
William Vandervaid: „Most of the UNM high ranked members took the drugs. But what did the US Embassy and the EU to prevent this? Nothing, nothing!”

Georgia, may 22, Geoinform. On may 19, 2013 at the Sports Palace of the "Former Political Prisoners Human Rights" organized People's movement at the congress held under the slogan "To be held to account - to restore justice!" dutch citizen, the "People for People" chairman William Vandervaid keyword Presented (translater in  Georgia in association with the vice - chairman Giorgi Keburia had).

We are pleased of being here !

That you came today, young and older , shows your deeply feelings with the work of her. On behalf of the people of the Netherlands I would make the official apologize that our Embassy completely failed to you.

The Regime of Saakashvili should be judged because of several reasons :

Official reports of the EU show that more than 670 people were killed in the prisons and thousands were treated and tortured on a regular basis.

9970 people lost their properties by treatments of the UNM  of Saakashvili. From 2 - 5 billion USD was taken from you. Most of the UNM high ranked members took the drugs.

But what did the US Embassy and the EU to prevent  this ?.. Nothing, nothing!

Only Eva Pastrana from Human Rights EU , Spain, was complain the Regime of Saakashvili. But she was alone , the rest was only looking.

The most  phlegmatic embassies  existing  in Tbilisi  was Czech , Lithuania ,Polen and our Netherlands. They never fought for your Rights and never pointed Saakashvili out of his poor behavior. They was blind, naive and encourage even Saakashvili all the time what he, of course , misused.

Saakasvhili  is  a professional  layer !

Money of the tax payer in the EU was mostly misused by his UNM party and NGO's who allied with them. Nana Kakabadze never saw one Grant for her Organization . It is incredible!

False democracy and real elite corruptions is their signature of the UNM !

The Prison of Gdlani 8 should be closed soon as possible and destroyed so that nobody more remains to this deep darkness . A Memorial of the lives and victims of this evil regime!

Koba Matkava , innocent guy , who still sitting there must be immediately free...

I appreciate Bedzina Ivanshvili attidutes and love for  his country .He has a book "shown with acts" , very Good.

In my opinion it was not that he only changed the Regime after when he was so suffered about the idiotism of Saakashvili's  Regime with the GD by himself but with the help of God , otherwise we was not here and many people even was killed and tortured again.

My wish was to be the advisor of the Minister of Agriculture when I came in 2010 to Georgia , but till today in this sphere it is a deep darkness. For example... ( Herbicides)

Dear Bedzina is it not enough to suffer in this regard ? We have the solution here.Back to you...

One the Biggest problems for today is due to the private loans, several people became the victims of the enforcement  bureau. People can not be kicked out of the flats!

Start to increase your daily behavior and go like a gentlemen so the country will benefit of it.

The demonstration Friday was provoked by the Major Hall of Tbilisi , that they gave permission for the gay demonstration. Therefore there is nothing to advertise and nothing to be proud of it .  Who were involved with those we already know...

I would thank Nana Kakabadze for her courage , she was even in the prison in the Soviet time ( 1982 ) and show during all the time she has been showing  unbelievable courage for a woman. We really respect her .

And once again I do apologize in the name of the Dutch people for our embassy`s  blindness. 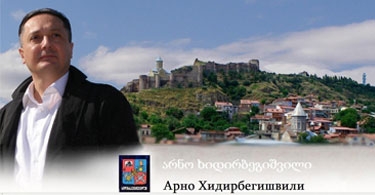